Belsambar (also known as Sambar) was a sorcerer.

At the age of nine, Sambar was forced to watch Grolim priests sacrifice his parents to Torak. After that incident he ran away and rejected not only Torak, but all Gods. It was not until he received a visitation from Aldur that he journeyed to the Vale. Upon Sambar's first arrival to the Vale of Aldur, he sat himself upon the ground until accepted by Aldur, and would not eat or drink. Beltira and Belkira took it upon themselves to feed him.

Eventually Aldur relented and took Sambar as a disciple. Though Sambar's name was not originally Sambar, it was changed for simplicity's sake, as his real name was an Old Angarak name, and the obligatory "Bel-" was added (a contraction of "Beloved").

Described by Belgarath as a "thoroughgoing mystic," he came up with the most horrendous type of attack on the Angaraks in the War of the Gods: fire. He said that Torak saw fire in his future, and his fear had also affected the entire race.

Sambar committed suicide via sorcery shortly after the War of the Gods. He had felt depressed and guilty about setting fire to his own people, and then later concluded that the world was in a state of decline. Belgarath had been told by Beldin to watch over Belsambar, but Belsambar died anyway. His death left a large hole in the lives of his fellow disciples, and put Aldur into mourning for quite some time. 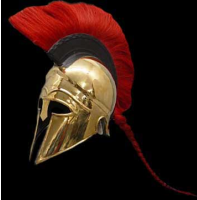