After learning that Ctuchik, the evil Angarak sorcerer, has stolen the Orb from the apostate magician Zedar, Garion and friends plan to go after him. They first take a detour to the Vale of Aldur. In a cave on the way, Garion brings a dead colt (whose birth he had helped minutes before) back to life. This event is of great significance as both Polgara and Belgarath maintain that before this, it was impossible to use the Will and the Word to restore life to the dead.

The group passes through the haunted land of Maragor, home of the Marags. Maragor was and still is full of gold, so the greedy Tolnedrans had coveted it. The merchants had urged the Tolnedran Emperor to force the self-sufficient Marags to participate in trade. When they would not, the merchants started telling stories of the Marags being cannibals; a fact taken advantage of solely for the pursuit of wealth. The Tolnedrans invaded Maragor a short time later, not to simply control the country but to eradicate its inhabitants and take the gold for themselves. When the gold hunters swept in after the 'war' however, Mara (the God of the Marags) unleashed ghosts of the lost people onto them, whereupon they all went mad with fear. They then either killed themselves or lived out the rest of their lives in monasteries. Mara is still there, weeping over the death of his children.While in the Vale, Garion learns more about his powers.

The group enters Ulgoland, and, after some dispute, recruits an Ulgo zealot named Relg to serve as a guide to Cthol Murgos, as they find out Relg has the amazing ability to pass his body through solid rock. Ce'Nedra is left behind as a guest of the Gorim, because the Ulgo god UL warns that if she enters the city of the Murgos, she will die.Garion and friends enter the city of the Murgos and infiltrate Ctuchik's headquarters. Belgarath and Ctuchik fight an epic battle that ends with Ctuchik's destruction as he attempts to will the Orb out of existence. The group escapes, with the now unconscious Belgarath, Errand (the boy who carries the Orb), and an escaped Marag slave Taiba, who reveals that she and some Marags had been prisoners of Tolnedra, whose people had sold them into slavery. 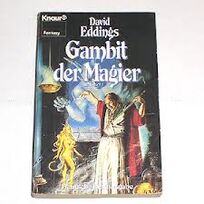 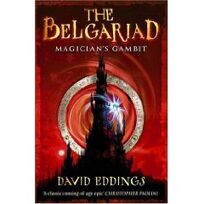 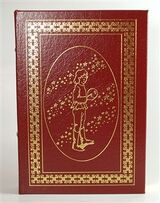